Google Forms can create forms with various components and is free to use and delivered online. Share a form with others and save the answers. The forms are saved in Google Spreadsheet and can be used over and over again, for example for surveys.

For the filled answer in a Google form component, it becomes a filled cell in a Spreadsheet table.

For completed Google forms, there will be a filled row in a Spreadsheet table.

You can fill out the form with a number of components such as Multiple Choice, Checkboxes, Text, File upload and other features. 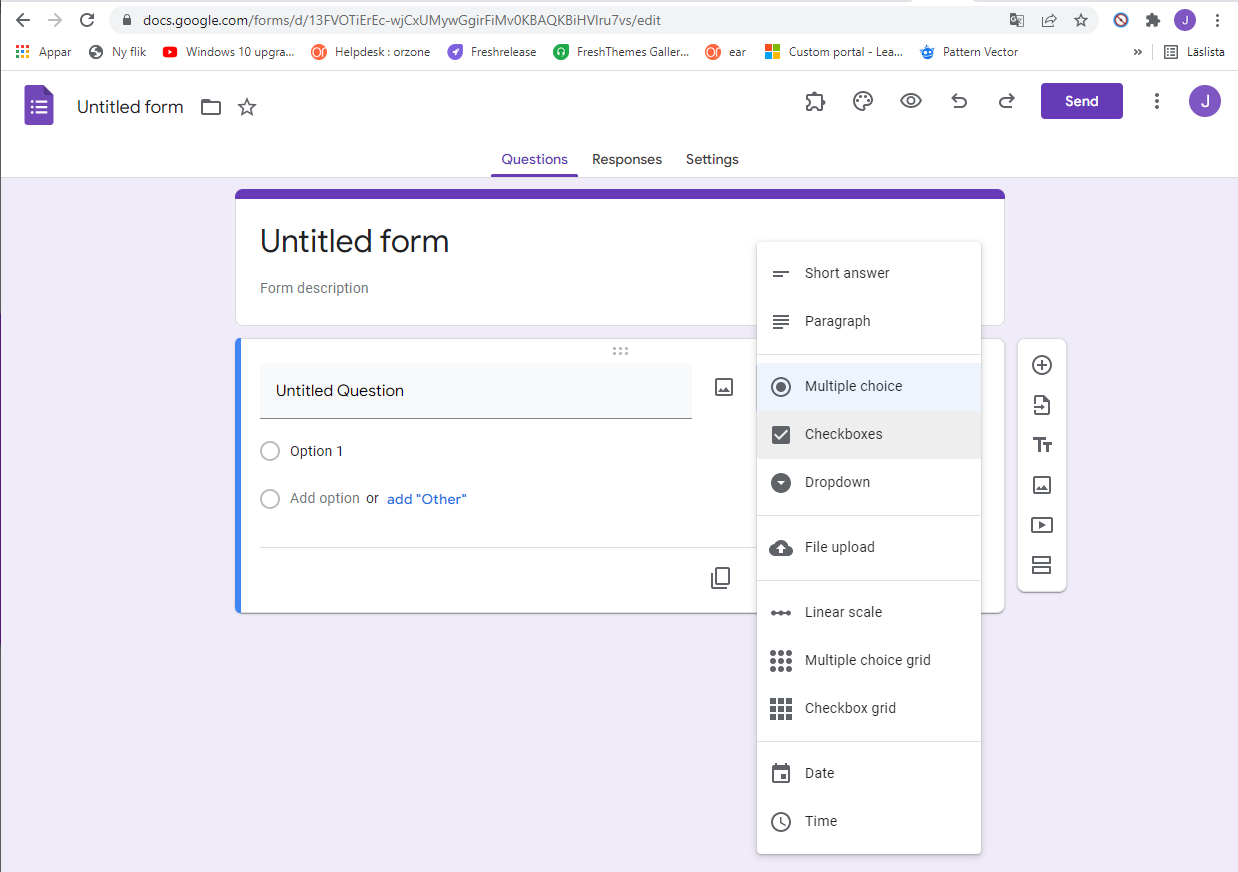 The Ortrac Forms function can also create forms. They are similar in form to Google Forms but have a completely different structure behind .. Where Google form's different components lead to different entries in columns in a Spreadsheet table that is online, Ortrac form is actually a container for intelligent components, with the possibility of an advanced traceability.

Ortrac's form can be used both as a web form and in the app. In the app, you can also store the forms off-line, until you get access to the internet again.

An Ortrac Form is built, in the same way as a Google form, with different types of components: 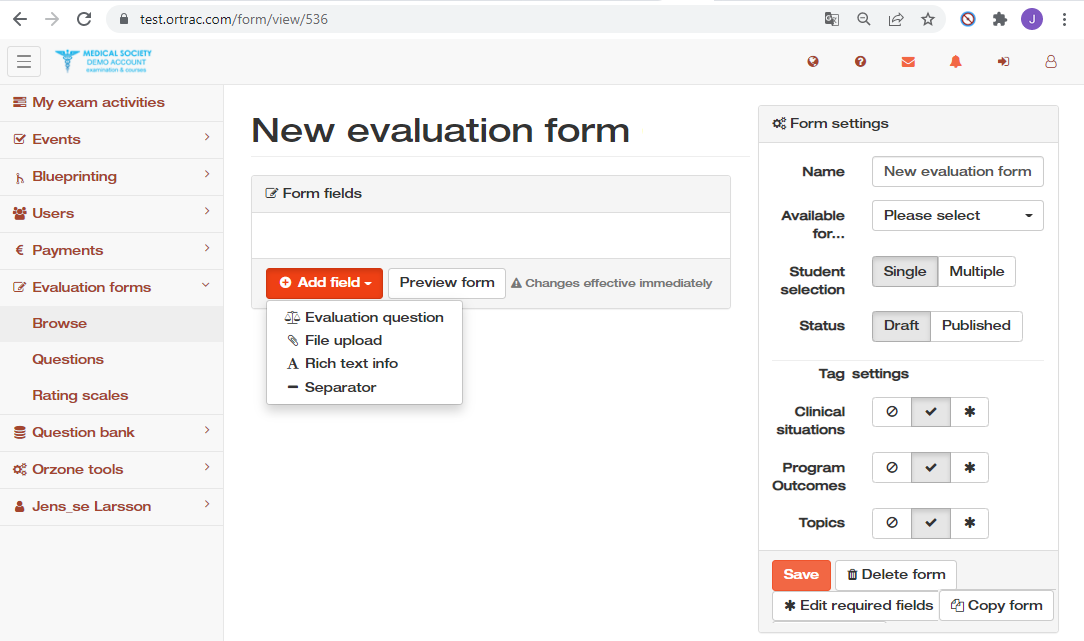 Some of the things that set Ortrac Forms apart from Google forms are that you can:

An evaluation question can in turn consist of various components such as:

Rating scale on the other hand consists of a number of components it also: 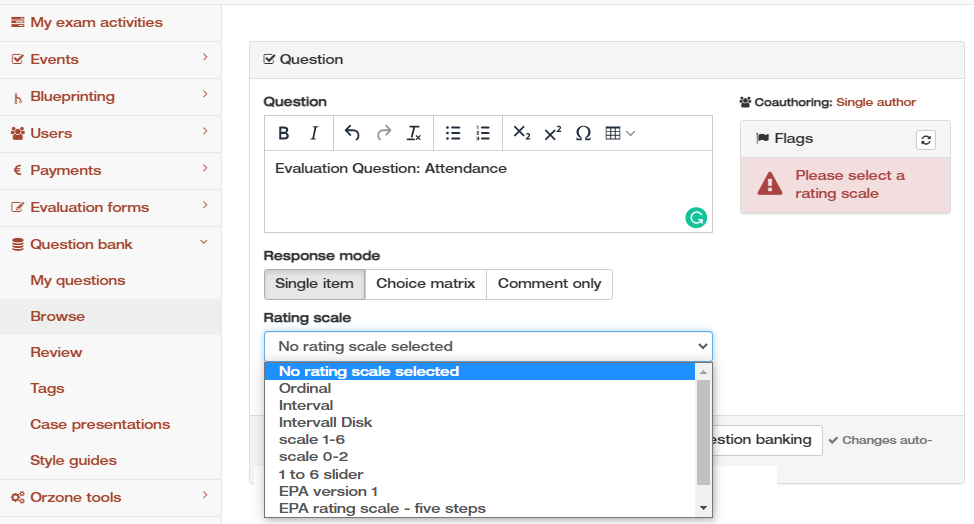 At first glance, the range of components in a Google Forms may look large, compared to Ortrac forms. This matrix below, shows how the corresponding component of Google Forms is created in Ortrac Forms

Note: When using Choice matrix Evaluation questions, you can only tag the question. the parts of the matrix cannot be tagged in the same way as a SIngle Item response mode query.

All these components together build up the functions of a Google Forms BUT, all components are thus traceable in a completely different way, which allows you to make powerful analyzes of entire education lines over time to, for example, see where you lack internships, how program goals and course objectives are met, strong and weak students. 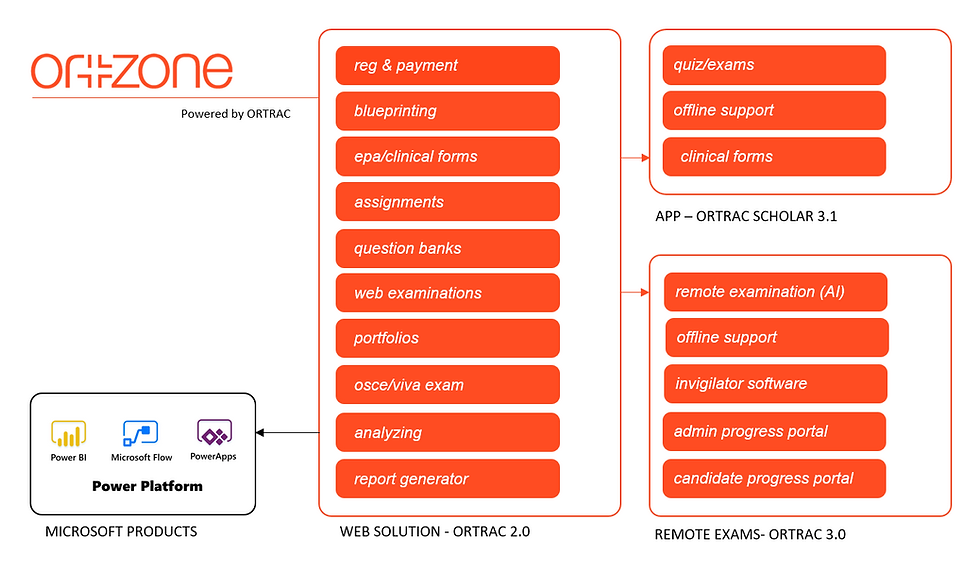 J
Jens is the author of this solution article.

Did you find it helpful? Yes No

Send feedback
Sorry we couldn't be helpful. Help us improve this article with your feedback.